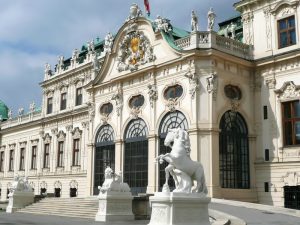 The Hapsburg dynasty was influential in Central Europe from the 10th century. As Holy Roman Emperors they controlled an Empire which at its mediaeval zenith covered huge tracts of Europe stretching from Spain and the Netherlands to the Black Sea. However the heartland of this multi-cultural, multi-lingual and multi-faceted empire was Austria, with Vienna as its glittering capital city.

The great cities of the Hapsburgs were the golden trio of Vienna, Prague and Budapest, which influenced not only the body politic but also the awesome outpouring of creativity from composers such as Mozart, Hayden, Liszt and Dvorak to Smetena, Bartok and Janacek. In these cities you can also view great art works by Da Vinci and Breugel, the Expressionists and Klimt. Even without entering a gallery it is impossible to overlook the great architectural heritage of these cities and explore the Neo-Classical splendours of Vienna.

Away from the cities lie The Alps, which form both a great barrier and a link between the flat lowlands of the Northern European Plain and the coastal regions of the Mediterranean.  In this stunning mountain range we find a rich mix of peoples, cultures and heritages reflecting the isolation of this Alpine region and the diverse cultures with which they came into contact.  Almost each village has its own traditions, dialect and customs.

So explore the differing regions of Austria, from the cosmopolitan city of Salzburg to the fiercely independent province of the Tyrol.

Vienna
Vienna was the glittering capital of the Hapsburg Empire with its fine palaces and ornate buildings. St Stefan’s Cathedral is one of Europe’s finest and the sumptuous Schonbrunn Palace was the envy of many of the crowned heads of Europe. Vienna has always been a great cultural centre attracting musicians from Mozart and Haydn to Strauss. It houses some of the world’s great art collections from the old Flemish masters to Klimt and the Expressionists.

Salzkammergut
Long enjoyed by Austrians, including the Hapsburg nobility, Salzkammergut is a region of alpine lakes and mountains with quaint painted villages.  Austria enjoys a great musical tradition, which is reflected in this region: Salzburg, the birthplace of Mozart, is home to an international festival; and the Salzkammergut has a rich folkloric and operatic tradition.  The Salzkammergut region was also the setting for the popular film “The Sound of Music”. 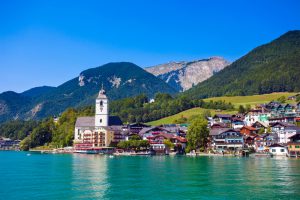 Tyrol
The Tyrol has historically remained fiercely independent and only became part of the Hapsburg empire with reluctance.  It contains some of the most dramatic scenery of present day Austria and has its own distinctive dialect and traditions. Here you can experience the imperial city of Innsbruck, with its fine Hofburg and imperial church containing the giant bronze figures of the Hapsburg Monarchs. While here why not learn about the arts and crafts of the Tyrol, experience its folklore and visit some of its quintessential villages.

Salzburg
Austria’s fourth largest city, Salzburg, is situated on both banks of the Salzach River. The old town is a Baroque masterpiece of churches, plazas, courtyards and fountains, and is the site of the Salzburg Festspielhaus. If possible experience its musical heritage first hand by timing your visit to attend an opera performance at the Salzburg Festival.

Tours by coach are available with one or two nights stopover en route.

Flights are available from London direct to Vienna, and indirectly from Manchester and Birmingham, via Frankfurt and Munich.

Austria is available both as a sole destination or as a part of a larger tour, such as to include the other Hapsburg Cities.

For more details about possible tours of Austria or to arrange a bespoke adventure, please get in touch with us.