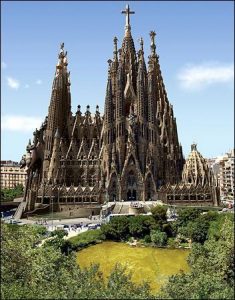 Once part of the Aragonese Empire, Catalonia is now an autonomous Spanish province, proud of its distinctive language and culture.  Stretching from the Mediterranean to the Pyrenees, it was here that the Romans first landed on the Iberian Peninsula and founded a new colonia on the site of a previous Carthaginian settlement, the area now forming Barcelona’s Barri Gotic.  Catalonian heritage is a mixture of old and new, as ancient churches and monuments vie for attention with the Modernist school of Gaudí and Dalí.  The Catalonian capital reflects this contrast with architecture ranging from its Gothic cathedral to Gaudí’s modernist Sagrada Familia.

In Barcelona, you can learn about Catalonia’s history in order to understand its varied culture and heritage.  Explore the city to inspect its many icons such as the 17th-century fort on the Montjuïc Hill with panoramic views over the city, the mediaeval Gothic quarter and the city’s art nouveau/modernist buildings culminating in the buildings of Antoni Gaudí.

Rioja was an important stopping point on the pilgrimage route to Santiago but it is best known as perhaps Spain’s finest wine-producing area.  It is also an ideal base from which to visit the city of Pamplona in neighbouring Navarra and the Basque port of Bilbao.  Experience the wine-producing region of La Rioja, the mountain kingdom of Navarra with its capital, Pamplona, as well as the neighbouring Basque Country and the maritime city of Bilbao, now dominated by the awesome Guggenheim Museum.

The provinces of Córdoba and Granada were at the heart of Moorish Spain.  In the 10th century, Córdoba was arguably Europe’s greatest city when the court of Abd ar-Rahman III founded an independent caliphate and created a city of dazzling mosques, patios, gardens and fountains.  The city flourished and the frenetic trade and peaceful interaction of Jewish, Christian and Muslim can still be felt in the city’s labyrinthine Jewish and Muslim quarters while the pre-eminence of the city can be seen in its great Mezquita, one of the outstanding creations of Al Andalus.  Granada became the Muslim capital after the fall of Córdoba and Seville in the 13th century and its lavish Alhambra Palace and Generalife Gardens give testament to the creativity of the Nasrid dynasty.  In Granada you can discover the great heritage of Al Andalus, Moorish Spain, its architecture and culture and learn about the history of the Islamic invasion and its repulsion by Catholic Spain. 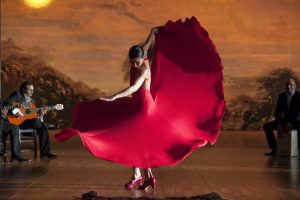 For eons the geographical and spiritual heart of Spain, Old Castile is where much Spanish history has been determined.  As the seat of power, the region’s dialect, Castilliano, became the nation’s language.  It was from here that Ferdinand and Isabella orchestrated the Reconquista, the unification of ancient Iberian kingdoms, and it was from here, through their patronage, that Spain discovered, explored and conquered the New World of the Americas.  The centrally-located high plateau of the Castile provided the ideal vantage point from which to rule Spain.  Here we will marvel at the capital city of Madrid and the architectural splendour of Salamanca and Ávila.

The capital of Spain and Europe’s highest capital city, located close to the country’s geographical centre on the Castilian Plateau.  With a population of over 3 million, it offers a rich treasure chest of Spain’s art and ancient monuments.  According to tradition, the Moors founded the city.  It was just a small fortress town when captured by Alfonso VI of Castile in the 11th century.  Felipe II chose Madrid as his capital in 1561 and it soon became the centre of a great empire.  Since then it has become the capital of a modern European democracy but continues to house the great heritage of Spain.  Amongst Madrid’s many interesting features are the Palacio Real (Spain’s Bourbon Palace), the impressive 17th-century Plaza Mayor and the great art collection of the Prado.  Madrid is also an ideal base from which to explore Toledo, the Visigoth capital of Spain in the 6th century.

This city is probably best known for having the oldest university in Spain and one of the oldest in Europe. This university is still what gives ambiance to the town.  You can see hundreds of students passing through the streets and enjoying the numerous, beautifully-decorated cafés until late at night.  This charming town is unrivalled in its architectural purity.  In central areas all recent buildings are built in Salamanca’s best tradition.  The city has been declared a World Heritage Site by UNESCO.  Experience this great university city with its fine Renaissance architecture evoking a past and glorious era. 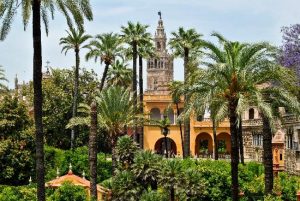 The region of Andalusia stretches right across the south of Spain and has one of the country’s most diverse landscapes, varying from bustling coastlines to deserted beaches, from high Sierras to wetlands, from snow-capped mountains to desert wastelands.

Cartaginians, Romans, Arabs and Berbers have all had their period of domination over the region and the proliferation of ‘de la Frontera’ added to the names of many places gives testament to the days of the Reconquista when this area was the frontier of Catholic Spain to the north and Moorish Granada.

For more details about possible tours of Spain or to arrange a bespoke adventure, please get in touch with us.