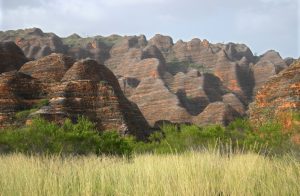 Take the time to allow yourself a fascinating discovery of the island continent “Downunder” combining the vibrant cities of Sydney and Melbourne with the great natural features of the “Red Centre”, the Great Ocean Road and the Great Barrier Reef.

The attractive Queensland capital, Brisbane, is Australia’s third largest city, known for its friendly atmosphere and balmy climate which encourages some outstanding tropical vegetation from Moreton Bay figs to brightly coloured bougainvillea. Take a tour of the city’s highlights and travel beyond it, over the Great Divide, into the Darling Downs, to the “Garden City” of Toowoomba famous for its jacarandas and Carnival of Flowers.

Queensland’s Sunshine Coast, considered as one of Australia’s more restrained and most elegant coastline, is renowned for its natural attractions, not least amongst these aspects of the superb local environment is the forested headland of the Noosa National Park. 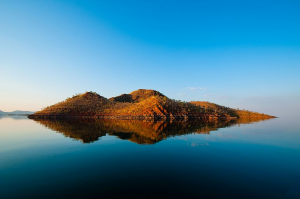 Cairns is Queensland’s northernmost city and is named after Governor William Wellington Cairns. The city is modern and friendly but is best known for its pleasant climate and the access it gives to the Great Barrier Reef. While in Cairns you can explore the Atherton Tablelands, an area dominated by tropical rain forests, waterfalls and cascades, and visit the Rainforest Habitat Centre, taking a guided walk with a local ornithologist through the rainforest’s Wetlands Aviary. Here you can also see the native Koalas, Kangaroos and Crocodiles before a trip on the Sky Rail. Of course, no visit to Cairns would be complete without an exploration of the Great Barrier Reef and a short cruise with a semi-submersible ride, snorkelling, swimming and bird watching is a perfect way to do it.

It is a short flight from Cairns to Uluru for a visit to Ayers Rock. We recommend a stay close to the Rock, allowing you time to enjoy a visit to the informative Uluru Visitors Centre before an expert local guide can show you the area around the Rock of Uluru (Ayers Rock) which is of deep cultural significance to the Anangu Aboriginal. Be sure to enjoy a special viewing at sunset before dinner.

The more adventurous visitor can get up at dawn to climb the Rock before taking a guided walk through the Olgas (Kata Tjuta = many heads), a collection of smaller, more rounded rocks which stand 30 km apart to the West of Ayers Rock. Although less well known, these monoliths are equally impressive and have a great significance to the Aborigines with the dreaming experience of Kata Tjuta.

While in Alice enjoy a tour of the town to see the main shopping street, Todd Street, as well as visiting the famous School of the Air, the Royal Flying Doctor Service and the Old Telegraph Station. Make use of a resident expert to accompany you on a fascinating visit to the acclaimed Alice Springs Desert Park as well as guiding you on easy walks to the fascinating red sandstone archaeological marvels of Simpson’s Gap and Stanley Chasm where you may catch a glimpse of rock wallabies. Evenings are also a great experience in Alice if you include an excursion into the Bush for a typical outback dinner, bugs not included.

Adelaide is the capital city of South Australia with a population of just over 1 million. It is nestled between gulf waters, with miles of clean safe and sandy beaches, and a low range of hills. Adelaide has a reputation as being one of the most liveable cities in the world, with wide leafy streets and elegant architecture.

A short stay in Adelaide allows you time to explore the city with its rich aboriginal heritage and planned colonial settlement. Take a tour of the city’s highlights, including the room where the Australian Constitution was drawn up, as well as a visit to the great wine producing area of the Barossa Valley, first settled by Lutheran German immigrants.

Follow the Great Ocean Road, one of the world’s greatest scenic drives to the Victorian capital, Melbourne. A journey which would take you through whaling ports and holiday villages and allow you to catch sight of some great natural features; from Warrnambool’s southern right whales and the Otway National Park, to the giant eroded monoliths of the Twelve Apostles in the Port Campbell National Park.

Make use of a local expert to be introduced to Melbourne & Victorian History with a tour of the city, including the Shrine of Remembrance, the Botanic Gardens, Southbank, Art Centre and National Art Gallery of Victoria. While in Melbourne why not pay an afternoon visit to the natural resort of Philip Island with its Fairy Penguin Parade. 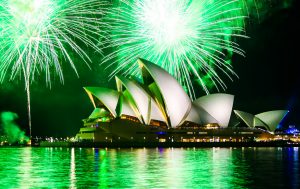 Sydney is Australia’s oldest and largest settlement and is a vibrant city built around one of the world’s most spectacular natural harbours dominated by the Harbour Bridge and the Sydney Opera House.

Discover Sydney and its surrounding area with a short tour of the city and its surroundings, accompanied by local experts. See the major city’s sights, enjoy the superb views from Sydney Tower and take a spectacular Cruise in this stunning Harbour. During your stay you can partake of a pleasant walking tour of the city’s oldest settlement, The Rocks, with chance to see Cadman’s Cottage; view the site of the 2000 Olympic Games, and enjoy a performance at the World Famous Sydney Opera House. While in Sydney you can also take the opportunity to discover the Royal National Park and South Coast as well as having an introduction to Australian Folk Music

For more details about possible tours of Australia or to arrange a bespoke adventure, please get in touch with us.